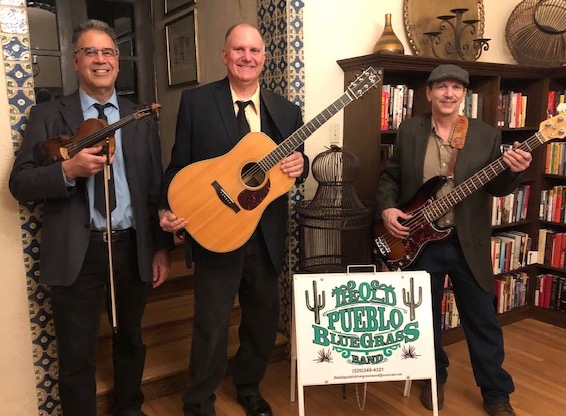 The Old Pueblo Bluegrass Band has been delighting audiences with high-energy bluegrass music for five years. Bandleader Reid Griffin, on guitar and vocals, is a Tucson native. He has performed throughout the Southwest since the 1980s and toured Europe with his  band “Griffin Brothers”.  Steve Reed, on electric and upright bass and vocals, majored in music at Pima College, along with a long musical journey from classical to jazz and onward to bluegrass.  Bob Frankot,on fiddle, has been steeped in bluegrass all his life, and has played with the popular California bluegrass band “Hot Off the Press” through the 1980s before coming to the Old Pueblo.